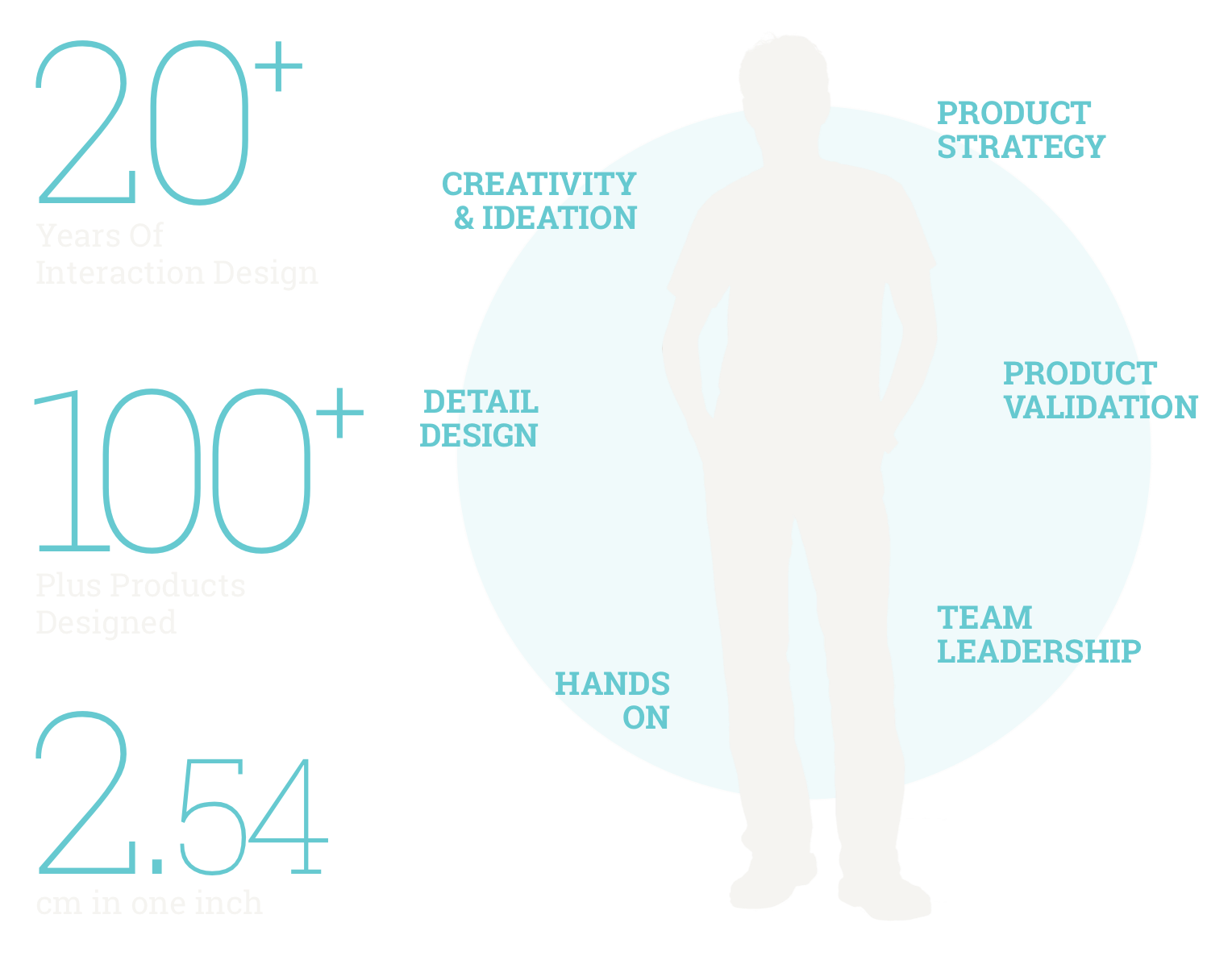 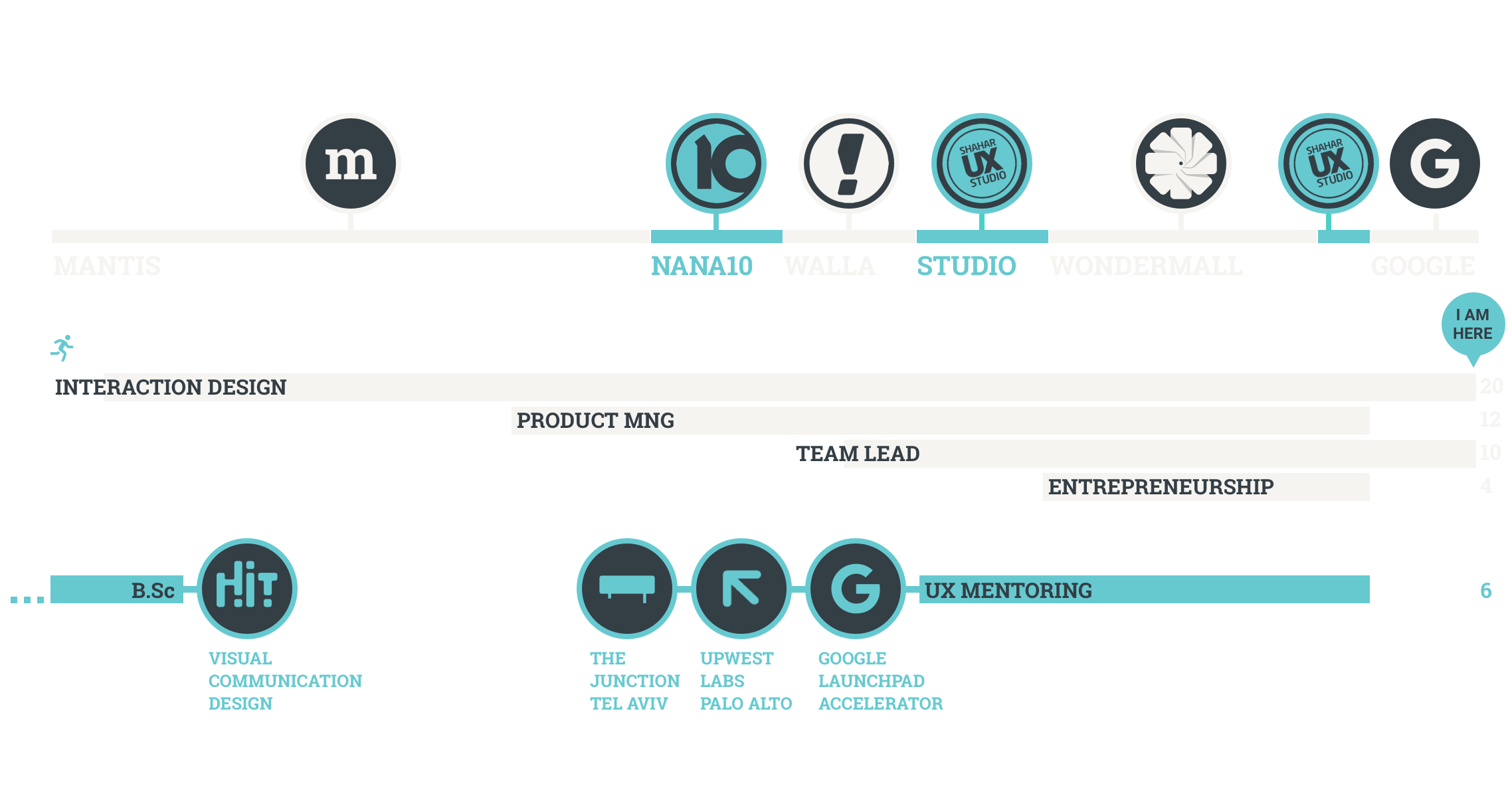 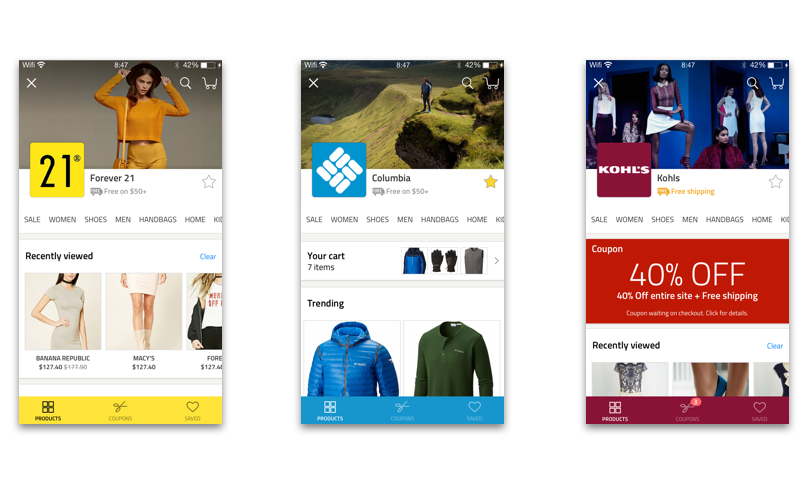 Wondermall is an award winning mobile shopping mall app, which brings 200 top brand stores to a single touch friendly app with a unified experience. We founded the company in late 2012, launched in mid 2014, grew to 35 employees, raised over $10M, and served over half a million users in the US across multiple platforms. 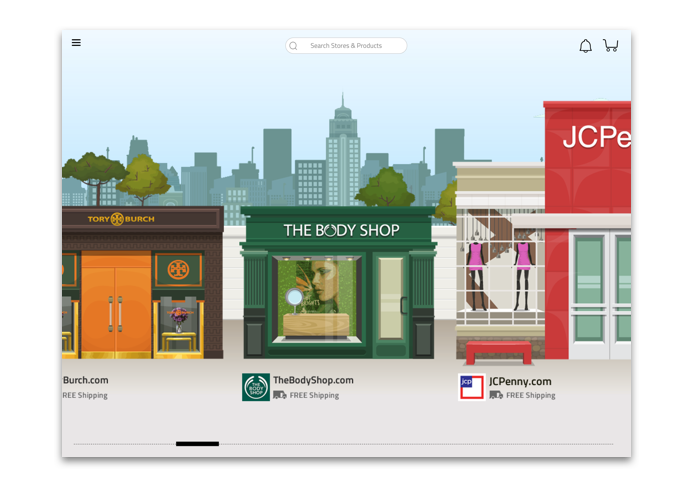 As head of product and UX, I am in charge of: 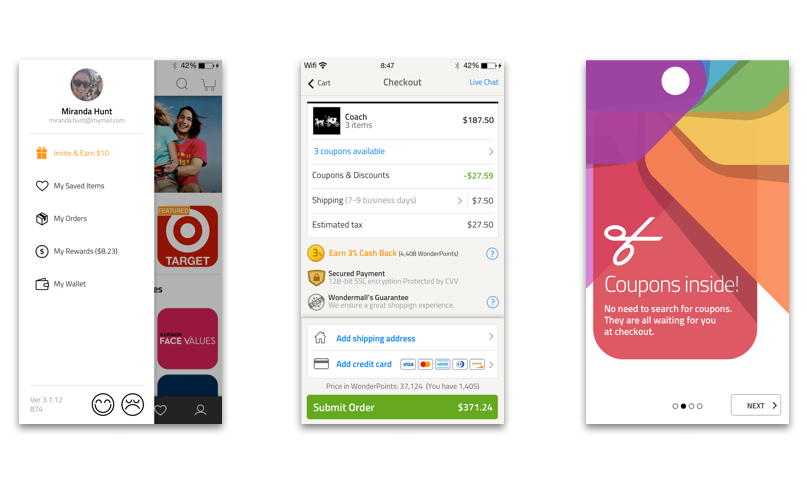 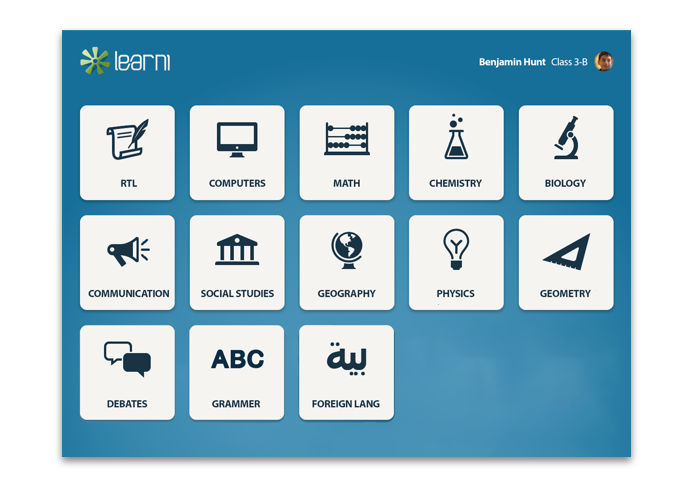 Learni was a tablet based learning and content creation platform, which operated in multiple middle-schools in Israel, used by thousands of students.

Designing this platform required frequent field observations, understanding the dynamics between teachers and students, and the challenges involved in bringing tablets to a classroom. 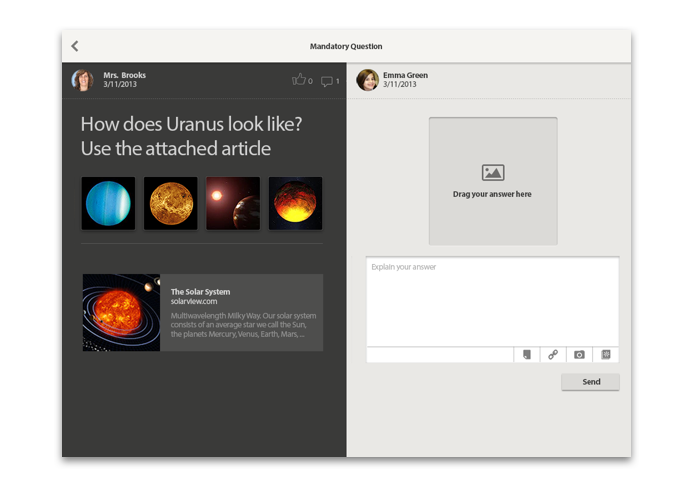 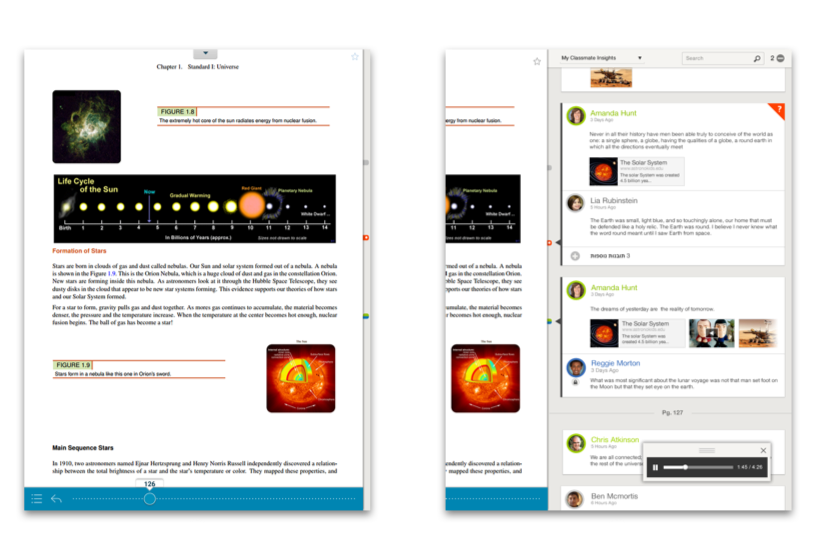 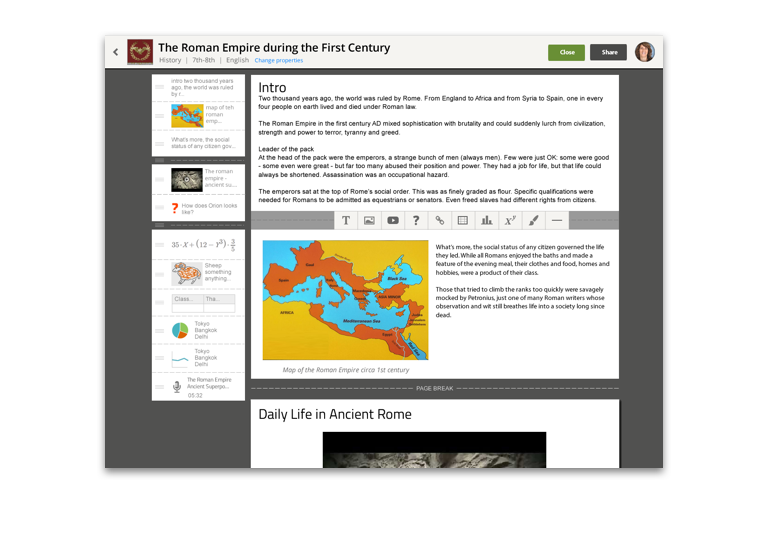 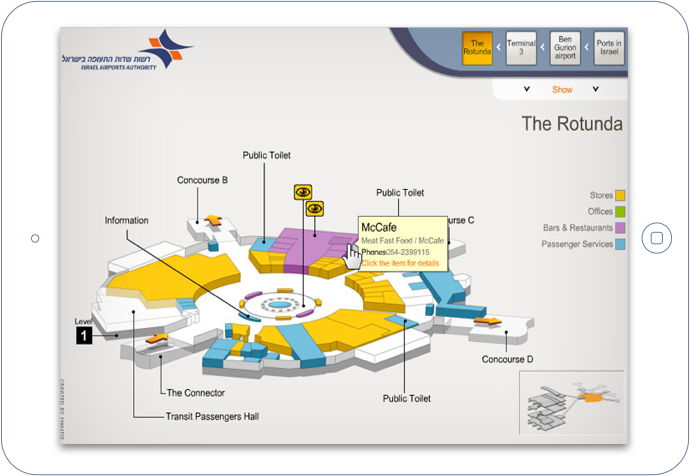 When the new TLV Airport terminal was established, I worked with the Israeli Airport Authority to create an interactive information center that appeared both on their website and on information kiosks in the terminal itself.

I managed the project end-to-end, from learning the traveler flows prior to the terminal launch, simplifying CAD maps, and integrating it all into a Flash based client. This was one of the earliest database driven Flash apps. 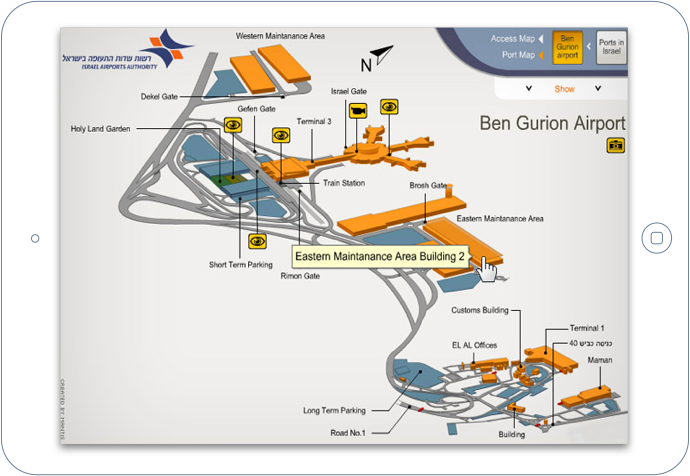 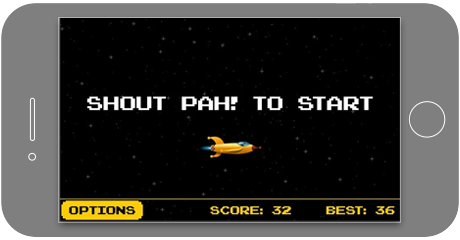 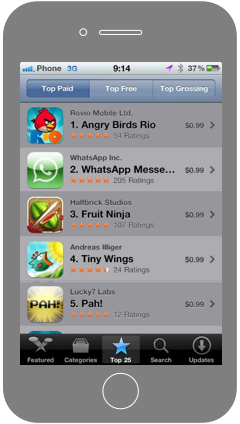 I initially built PAH when Adobe Flash added a microphone volume API. It was an overnight experiment, attempting to use a single scale (volume) to control multiple actions.

Years later, the game was ported to mobile, and it went wild! The game reached the top 10 apps board in 15 countries, was played by more than 700,000 users, and was featured on TV shows in Asia! 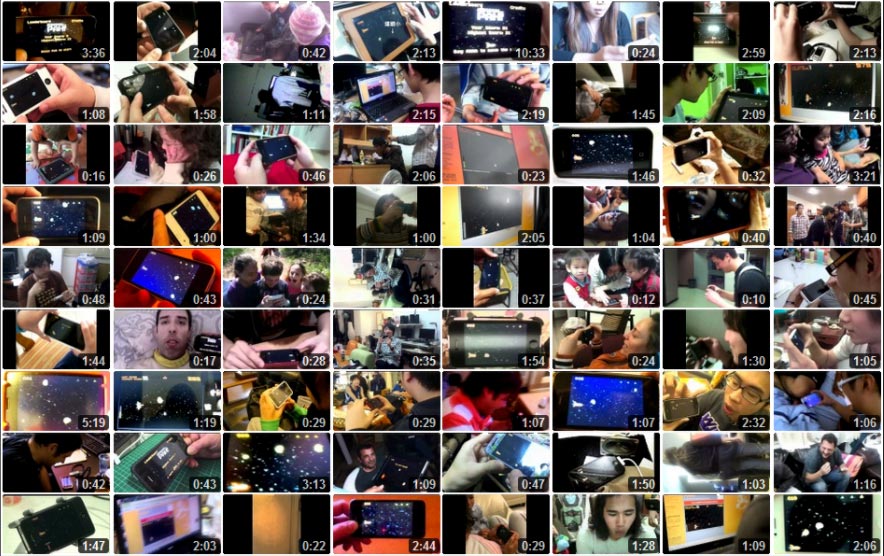 There are jillions of Youtube videos of users playing PAH! 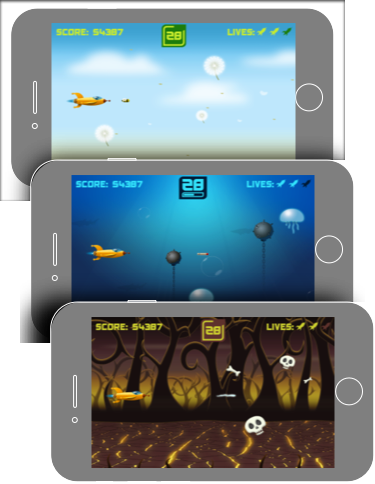 Version 2.0 added ornate themes, but nobody cared. The success was all about the unique experience of shouting at the phone and making a fool of yourself. 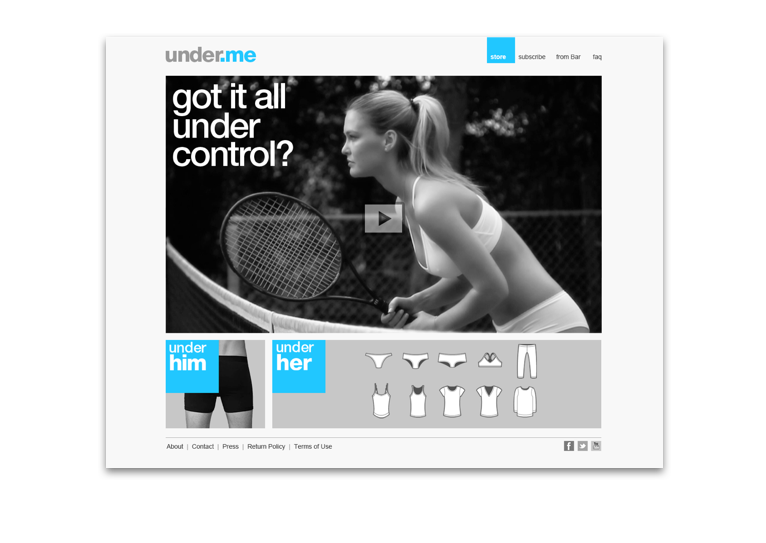 Under.me was an underwear retail brand based on the manifest of simplicity manifest, stating that underwear shouldn't be fancy, but comfortable and basic. This was reftlected in the design of the underwear, the fabric colors, and the limited amount of models.

With this simplicity in mind, I chose a basic name, and planned the entire shopping experience in a single page layout. The Ikea-style illusrated models and the low-key color palette also expressed the same notion. 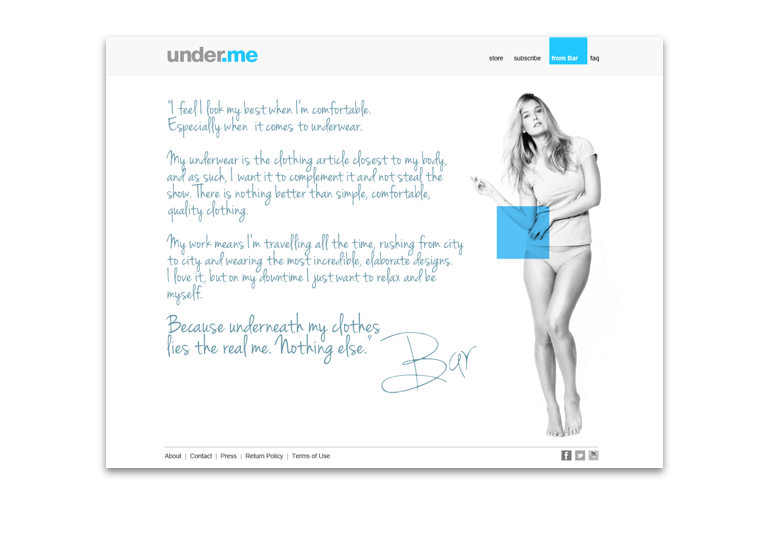 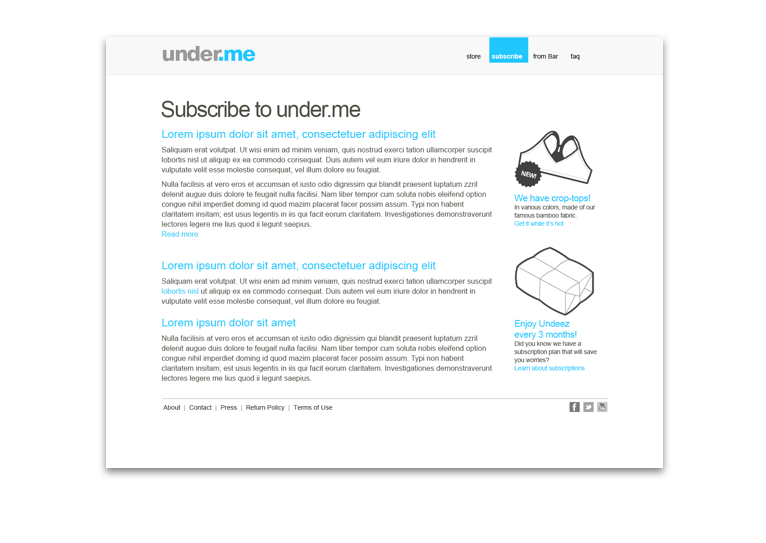 All in Hebrew. Sorry. 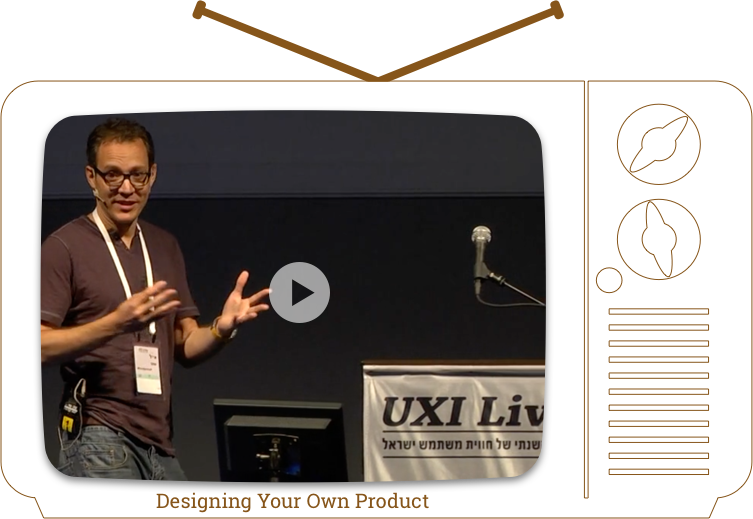 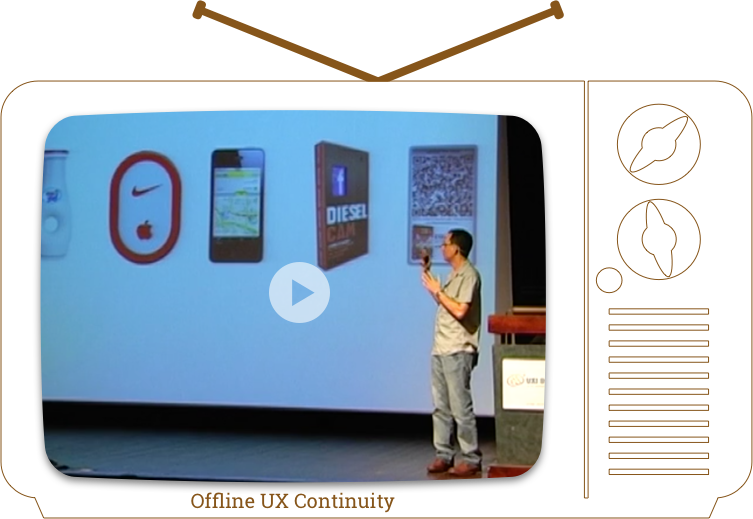 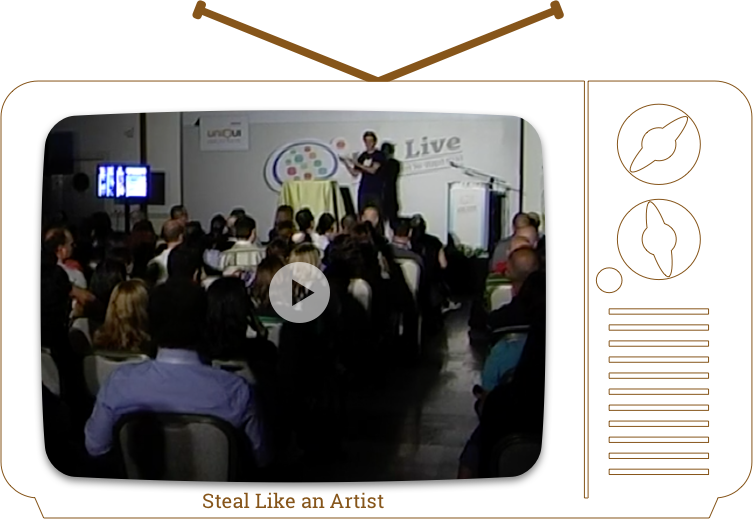 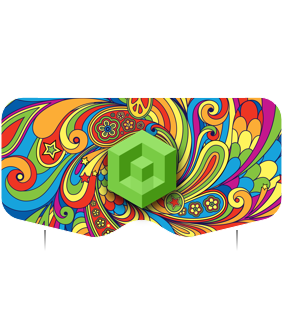 My thoughts and experiments on VRUX.design

I idolize simple ideas.
So I often create mini products that do just one thing, as easy as possible.

I usually use these ideas to learn/practice technologies, too. 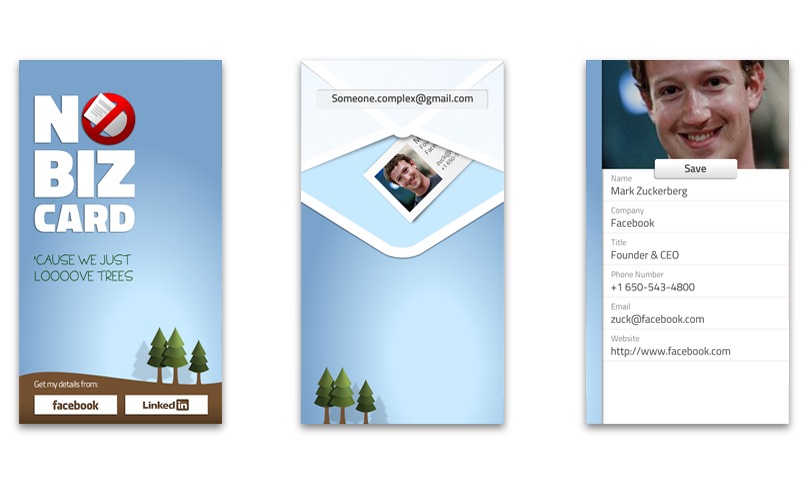 NoBizCard: An app that replaces business card exchange. When you meet someone, you hand them the phone to type their email address, and they get an email with your contact card and photo so they can add you to their contacts instantly. They also get a reminder of where they met you. 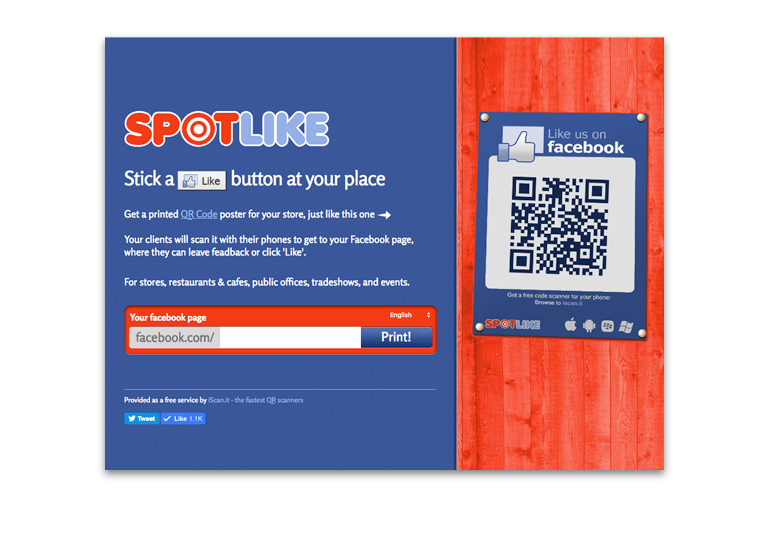 Spotlike: Type your facebook page name and get a printable PDF with a QR code that leads to your page. Few thousands of businesses used this service. I was delighed to find it in the restroom of Cafe Venetia in Palo Alto...

Frugal: By hacking Chargepoint's website, I built this app that notified me when one of the free electric vehicle chargers in the area became available. 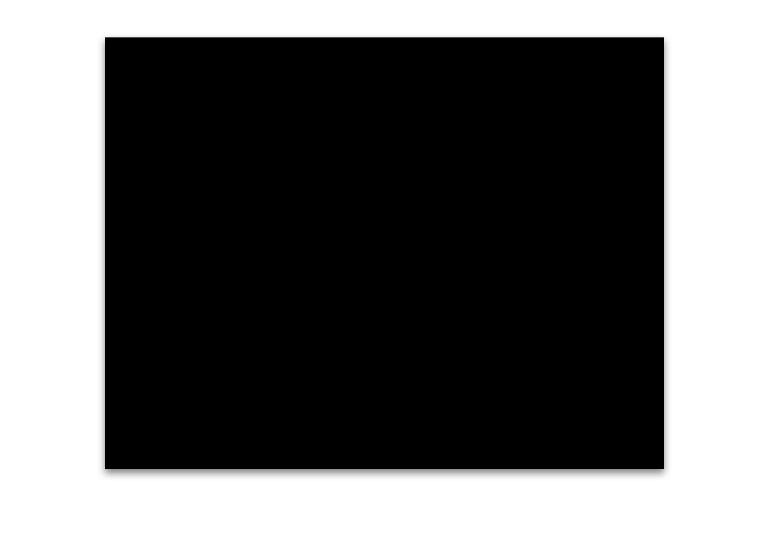 Blind Shooter: No, the black image is not a bug. Blind shooter was a game with no UI, except for the instructions to put on the headphones. The goal was to find where the chirping bird is just by finding the center of the audio, and try shooting it. It was funny to see users staring at the screen while playing. 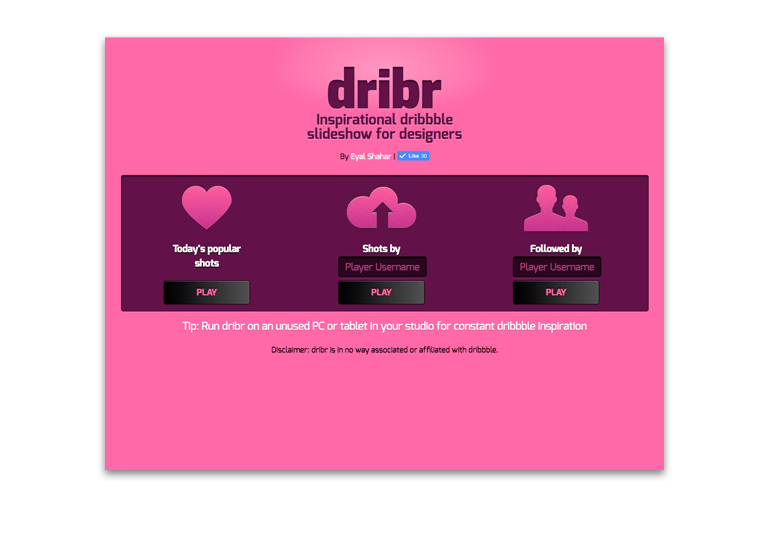 Dribr: A slideshow generator of dribbble shots that I ran on our studio TV screen for inspiration.

iScan: The fastest QR code scanner. When a QR is detecetd, a default action is taken according to the code type.

The app didn't even have a single button. 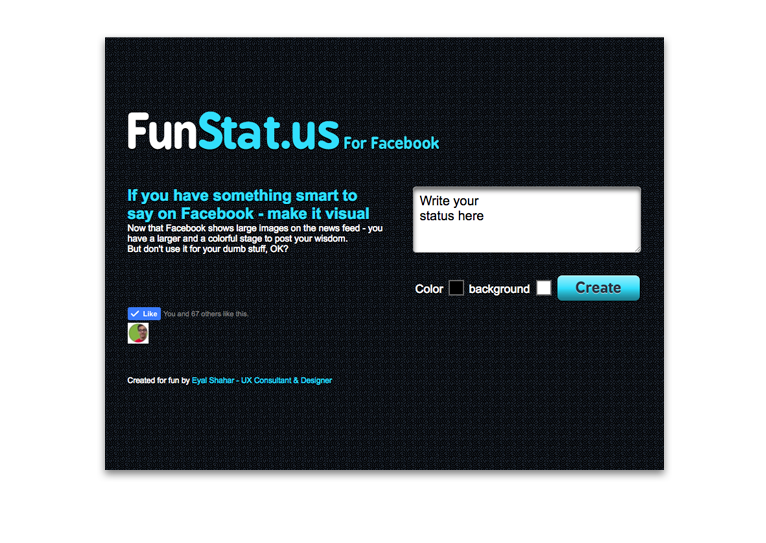 Fun Status: When facebook started showing big images on the feed (yeah, it's hard to imagine that they used to show small thumbnails), funstat.us converted textual status messages to an image and post it on Facebook. The limited options resemble today's Facebook colorful statuses. 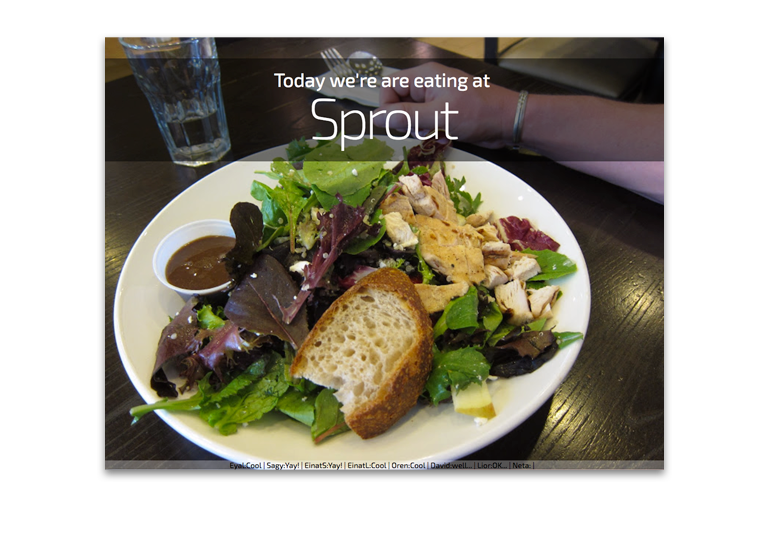 11:59 - Our company's oracle for the big question: Where are we having lunch. ROI: 5 monthly hours / employee. Based on employees rating on a Google Sheet and some logics (e.g never suggest a place we visited recently), the oracle locked a daily, indisputable decision. 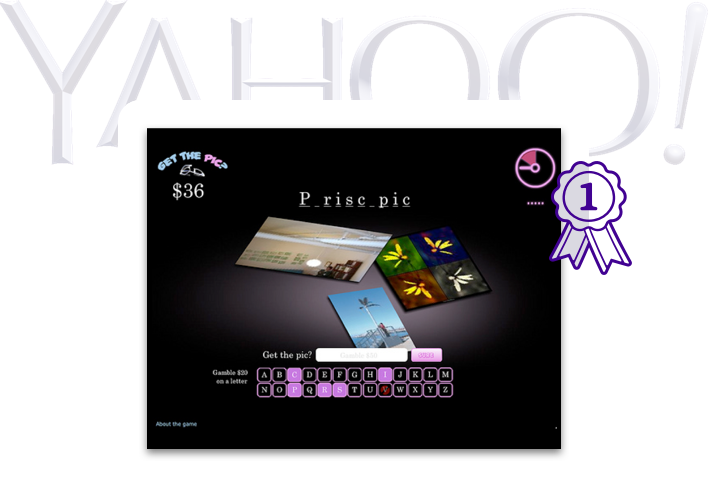 As part of a Yahoo international Hack day, the competition was announced in Tel Aviv. The task for the weekend was to make interesting use of their Search APIs, BOSS.

'Get-The-Pic' was kind of a Hangman game, which showed you 3 photos of the unknown word (Photos API) and you had to guess the word. If you asked for a hint - it would use a sentence from the News API. If you misspelled the answer (spelling API) - you would be forgivven.